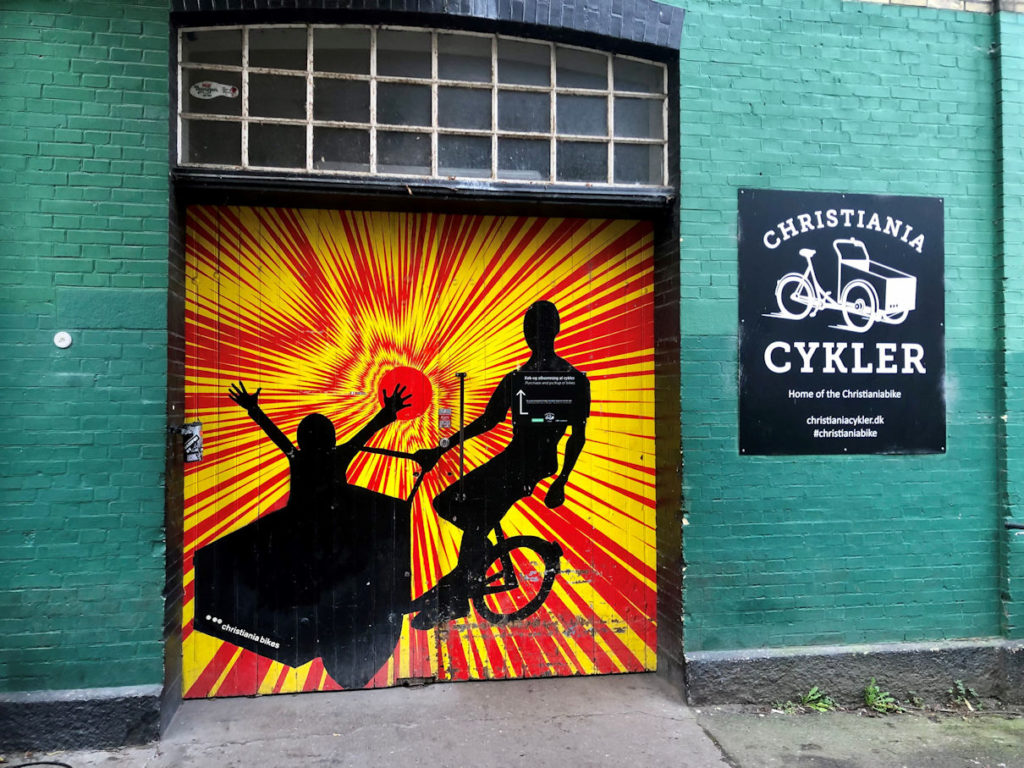 I will have to get back to reality soon, but for a little while longer I’ll be spending my mornings (before most of you wake up) wandering and my afternoons and evenings working.  A few days ago my morning jog took me to the area of Copenhagen called Christiania, where I found lots of interesting doors.

The settlement of Christiania was formed in 1971 in an abandoned military barracks on 80 acres of land.  The community declared itself a “Freetown” – not subject to the laws of Denmark, including building and fire codes.  Technically, this status has changed with an agreement between the Christiania settlement and the City of Copenhagen, although the neighborhood is still visibly different from the surrounding area today.

This Wiki article talks about the architecture of Christiania, which is described as “Architecture Without Architects.”  As I was exploring the neighborhood, I was thinking about the code aspect of an independent community.  U.S. states are not required by federal law to adopt building codes or fire codes.  Most states adopt these codes by state law, but some states do not have statewide codes – in those states there may be cities or counties that adopt codes.  There are even a some areas in the U.S. that do not have adopted codes.  UpCodes is a great tool to find out which codes have been adopted across the U.S.

And here are some of the Doors of Christiania.  Enjoy! A sign above the community’s exit declares that visitors are now entering the European Union: The Doors of Notre Dame Cathedral

The Doors of Notre Dame Cathedral