On my very first day in Copenhagen, I noticed an absolutely gorgeous building with a spire created by the tails of four dragons intertwined, and three crowns above (the crowns represent the close relationship between Denmark, Norway, and Sweden).  In addition to this striking feature, there are dozens of carved stone figures on the facade.  Most of the original doors have now become windows, but there are beautiful entrances on each end.

I later learned that this building was constructed in the early 1600’s as the original stock exchange, and the dragons were not just an aesthetic feature of the building.  From visitcopenhagen.com:

According to legend, the dragon-tailed spire guards the building against enemy attacks and fires. Is it true? Well, surprisingly, the Old Stock Exchange has many times been mysteriously spared from damage when fires have broken out in neighbouring buildings.

Christiansborg Palace (the present day Danish Parliament) has burnt down on several occasions, and even recently in 1990, a fire broke out in the Proviantgaarden in Slotsholmsgade (Slotholm Street). On this occasion, as before, the Old Stock Exchange survived unscathed.

Have the dragons been protecting the Old Stock Exchange from fire for the last 400 years?  Or maybe the building’s original position with canals on three sides and foundations on wood piles extending into the water below could have been a factor? 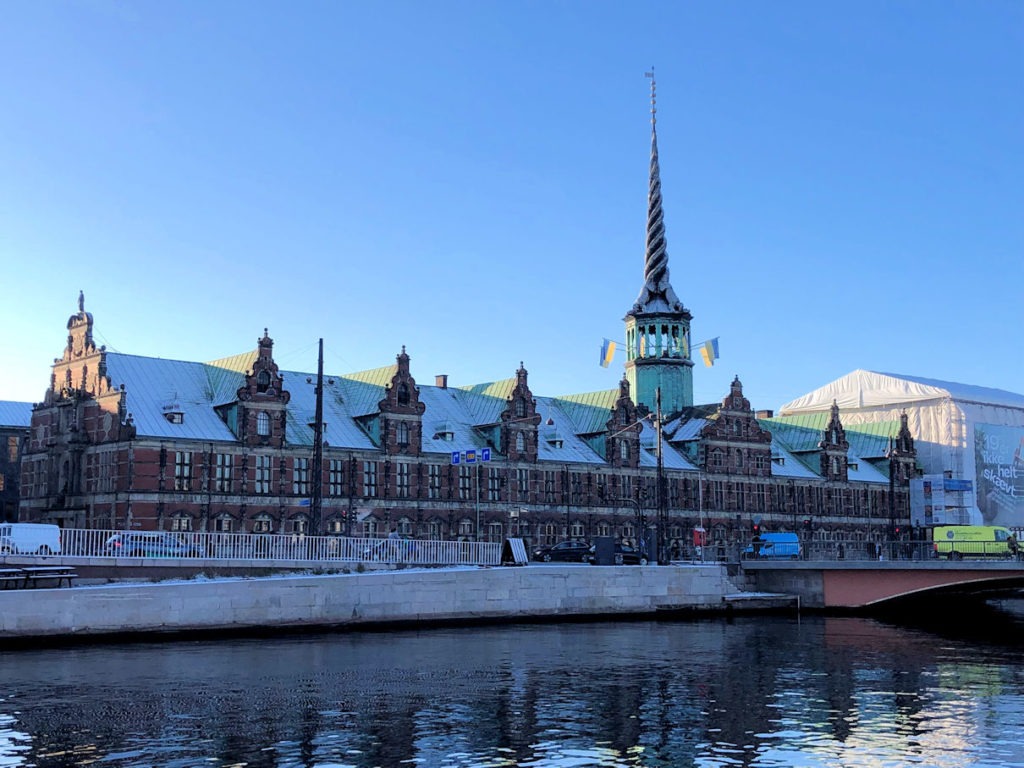 I have to say…on closer inspection the dragons look kind of like dogs with big ears: Just a few of the figures on the facade: And finally…the entrance doors on the ends of the building: If you would like to share any interesting doors that you see during your holiday travels, the photo submission form is here! 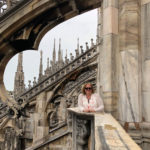