The photo below is a great illustration of a problem that has come up before, and I don’t have a good solution.  I’m hoping you do.

A fire wall is defined by the International Building Code (IBC) as: A fire-resistance-rated wall having protected openings, which restricts the spread of fire and extends continuously from the foundation to or through the roof, with sufficient structural stability under fire conditions to allow collapse of construction on either side without collapse of the wall.

Fire walls are used to divide a structure into separate buildings, and these walls typically have a fire resistance rating of either 2, 3, or 4 hours.  The IBC also references double fire walls, constructed in accordance with NFPA 221 – Standard for High Challenge Fire Walls, Fire Walls, and Fire Barrier Walls.  The fire door assemblies in fire walls are normally rated for 90 minutes or 3 hours.

The photo below was taken where two sections of an elementary school connect – an existing section and one built at a later date.  I don’t know for sure whether these pairs of doors are in fire walls, but the photo shows the application that I have often seen where fire walls separate two buildings.  Assuming that the path of egress is away from the camera toward the exterior door visible beyond these openings, the first pair of doors is swinging in the wrong direction.  In most use groups (including schools), inswinging doors are permitted when serving an occupant load of less than 50 people, but it’s highly unlikely that these doors are serving an area with an occupant load of less than 50. The other issue with a set of two openings like this (aside from the removable mullion, which I would not recommend here), is the distance between the doors in a series.  With the doors swinging away from each other, there is supposed to be at least 4 feet of space between them.  If both pairs of doors were outswinging, the vestibule would have to be at least as deep as the width of the door swinging into the vestibule + 4 feet.  If the doors in the photo are 4 feet wide, the vestibule would have to be approximately 8 feet deep.

What solutions have you seen for double pairs of fire doors like this?  WWYD? 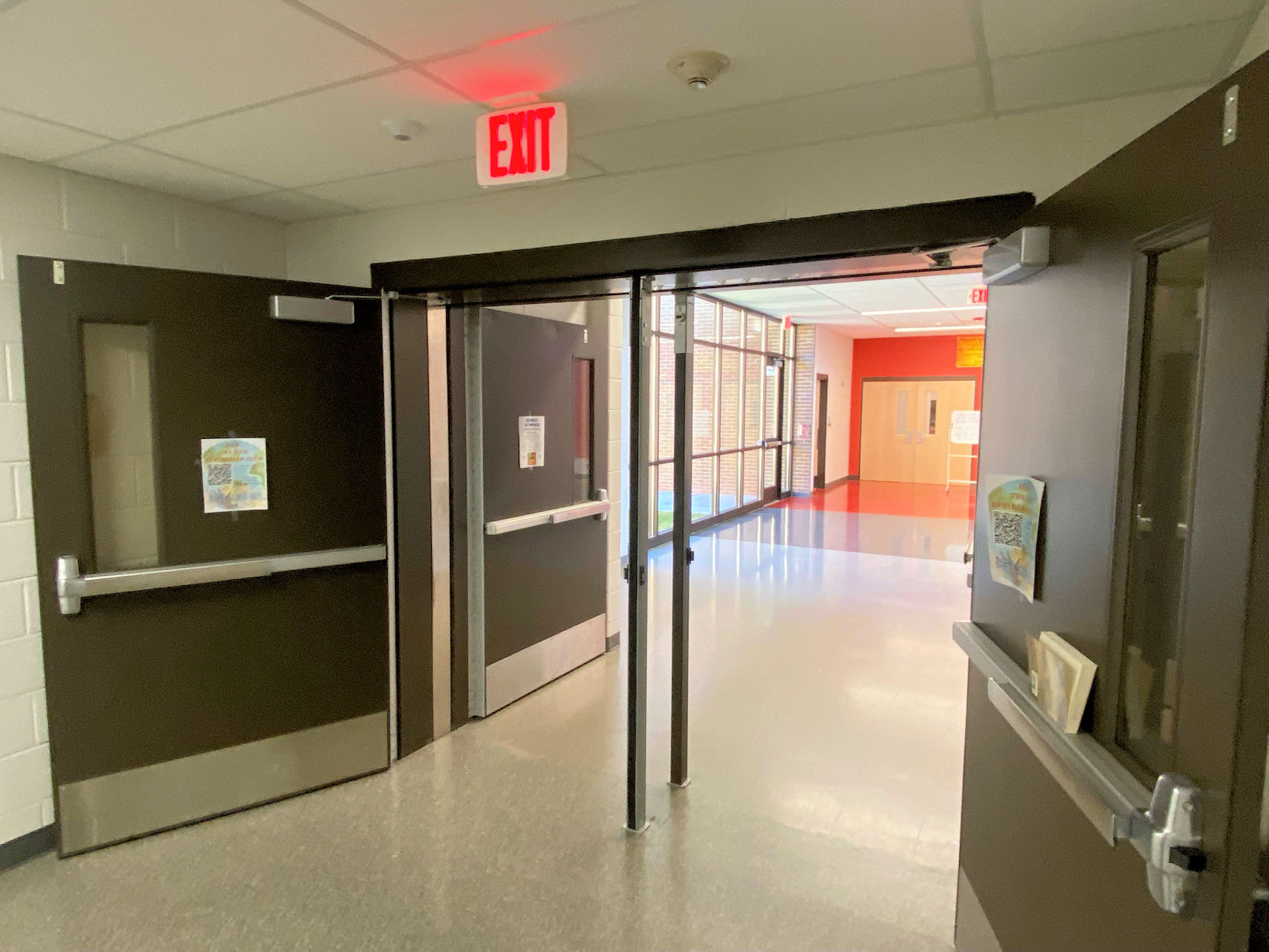 Thank you to Bradley Black of Allegion for sending the photo! Decoded: Screen Doors and Doors in a Series