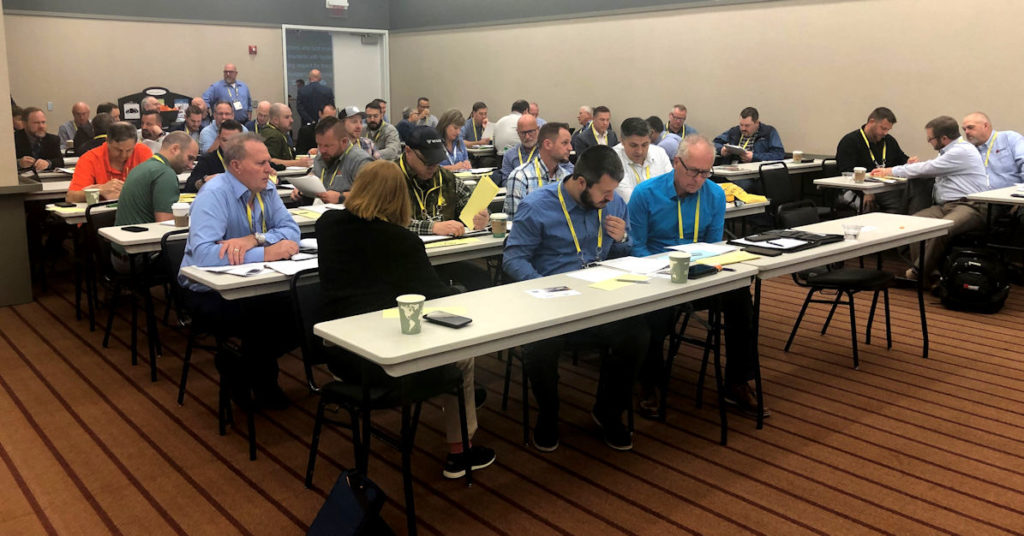 My class at DHI conNextions 2022

Update:  I was teaching a new class on electrified hardware code requirements last week, and some questions came up about a change that will be made in the 2024 IBC.  I am updating this post to include the information on the change, as it is a pretty significant one.

I mentioned it in this article on 2024 code changes, but in case you missed it, electrified locks released by a sensor (typically mag-locks) will no longer be allowed by the IBC on doors serving assembly and educational occupancies where panic hardware is required.

There is more info about the change at the bottom of this post.

In a perfect world, you could pick up any edition of any code or standard and understand the intent.  Unfortunately, we don’t live in a perfect world, and sometimes it takes a bit of historical background to know for sure what the codes are trying to say.  This is true of today’s Quick Question:

According to the IBC, can a door with panic hardware or fire exit hardware also have an electromagnetic lock? This has been clarified over several editions of the International Building Code (IBC), but it took a while to get it right (and there’s another change coming in 2024 – see below).  So if you are reading one edition of the code without knowing what changes occurred before or after, it could be confusing and difficult to interpret.

There is a section of the IBC that addresses panic hardware, and there are two sections that address electromagnetic locks.  One of these sections is for mag-locks released by a sensor above the door to allow egress.  The other is for mag-locks released by a switch in the door-mounted hardware.  The section numbers and even the titles of these sections have changed in recent editions of the IBC, so I will call these two systems either “sensor release” or “door-hardware release”.  (Here’s a video if you need more info on the two types of systems.)

It was finally cleared up in the 2018 edition of the IBC, and the same language has been carried forward into the 2021 edition.  In the panic hardware section there is now an exception that allows mag-locks with door-hardware release or mag-locks with sensor release to be installed on doors with panic hardware.  Spoiler Alert: The 2024 IBC will remove the sensor release reference.

Note that this limitation does not apply to every door that has panic hardware and a mag-lock.  For example, in a health care facility, a cross-corridor door could have panic hardware + an electromagnetic lock released by a sensor, as long as the door is not serving as a means of egress for an assembly (or educational) occupancy – like the hospital cafeteria.  If the door is serving an area that is an institutional occupancy, the IBC would allow the panic hardware along with a sensor release lock.

This is my interpretation, and my reasoning is based on the fact that the panic hardware section of the code applies to swinging doors serving a Group H occupancy and swinging doors serving rooms or spaces with an occupant load of 50 or more in a Group A or E occupancy.  This section, where the change will be made, does not apply to doors in other occupancy types or to doors in assembly or educational occupancies serving areas with a calculated occupant load of less than 50.  The section of the code that addresses sensor release locks does not limit their use in certain occupancy types, with the exception of high hazard.